The 3 Most Delicious Red Wines You Can Find In Tuscany

It's no secret that one of Tuscany's most notable attractions, aside from having some of the most romantic hotels, is its extravagant wine selection. Tuscany produced nearly 3 million hectoliters of wine in 2015, and many of them are known for their flavor and exoticism. Here are just a few of the most popular wines in Tuscany. 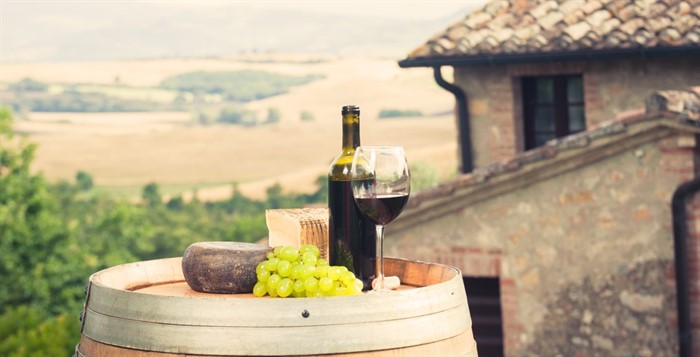 Many wine enthusiasts and connoisseurs consider Brunello di Montalcino to be the king of Italian red wines. And for good reason -- renowned for its longevity, this flavorful red wine is perfect for aging, even for 30 years. If it's properly preserved, it just gets better with time. Brunello di Montalcino's color is a distinctive ruby-red shade, and it has a very pleasing fragrance of aromatic wood, fruit, undergrowth plants, vanilla, and jam. It's considered to be very dry and slightly tannic. 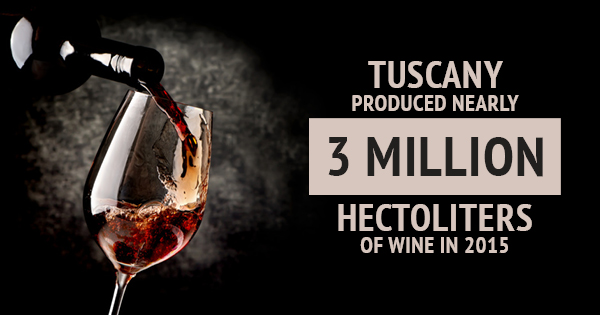 Chianti Classico is considered by many to be the most famous red wines in the world. It's produced from Sangiovese grapes and other red berry grapes and is known for its intricacies and depth of flavor. Its shade is dependent on the ratio of Sangiovese to red berry grapes but usually ranges from ruby red to a deep maroon. It has a typical red fruity scent and is dry and savory with a good level of tannins. It's important to make the distinction between Chianti and Chianti Classico -- typical Chianti wines are actually produced outside of the borders of the historical Chianti region, but Chianti Classico is always produced in the heart of the region.

Finally, Bolgheri wines are becoming increasingly popular in the Tuscan region. The wine produced in the Bolgheri coastal area is seen as a symbol of modern Italian oenology. Bolgheri wine is famous for its blueberry and red fruit notes, and it has an aroma that many consider to be "spicy." Mario Incisa della Rocchetta is credited with the development of wines from this area after planting the first Sassicaia vine in 1944. The wine is created using the traditional French wine making process of aging using small barrels.